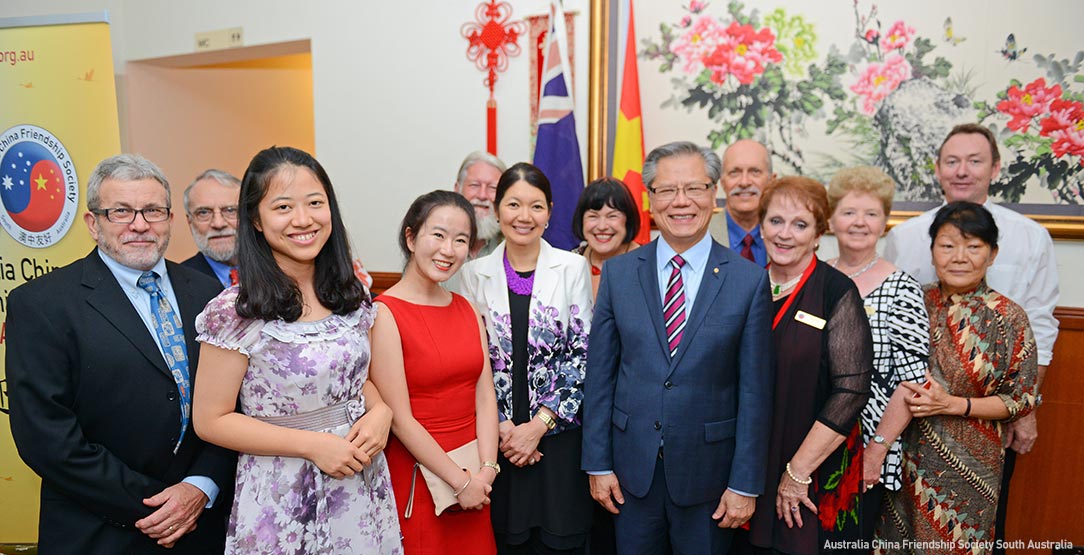 ACFS was founded in 1956 for the purpose of promoting and extending friendship between people of Australia and China. In early years, the Society sought diplomatic recognition of the Peoples Republic of China by the Australian government and this objective was fulfilled in 1972.

Our South Australian Branch, formed in 1965 and was very closely involved in the establishment of Sister-State relationships with South Australia and Shandong Province in China in 1986.

The Society attempts to bring to the Australian public a greater knowledge and understanding of China’s rich cultural heritage which is expressed in its arts, architecture, and everyday peoples lives.

Today, China is becoming a modern socialist state with a high rate of literacy, life expectancy, and a rapidly developing market economy. As it moves into the twenty-first century, China is undergoing rapid change.

Today, and in the future, Australia and China have much to exchange in the areas of tourism, trade, education, technology, economics and science.

For the traveller, China is a land of beauty, picturesque mountains, great rivers, historic and ancient monuments, and a multitude of warm and friendly people including many colourful, culturally diverse minority peoples.

The Australia-China Friendship Society promotes and extends friendship between the peoples of Australia and China and this means we aim to:

We are a focus for South Australians to meet Chinese and to share common interests. We achieve this by activities such as exhibitions, lectures, films and social functions and by promoting and attending Chinese-linked events.

We aim to stimulate and help satisfy South Australia’s interest in China past and present and we spread knowledge of what’s happening between South Australia and China in any sphere (education, trade, adoption, tourism, food, language, medicine, music, art, craft and sister state relations).

ACFS-SA Branch co-operates with other organizations or people having similar objectives for the expansion of Friendship and Understanding between Australia and China.

We welcome enquiries in regard to membership.