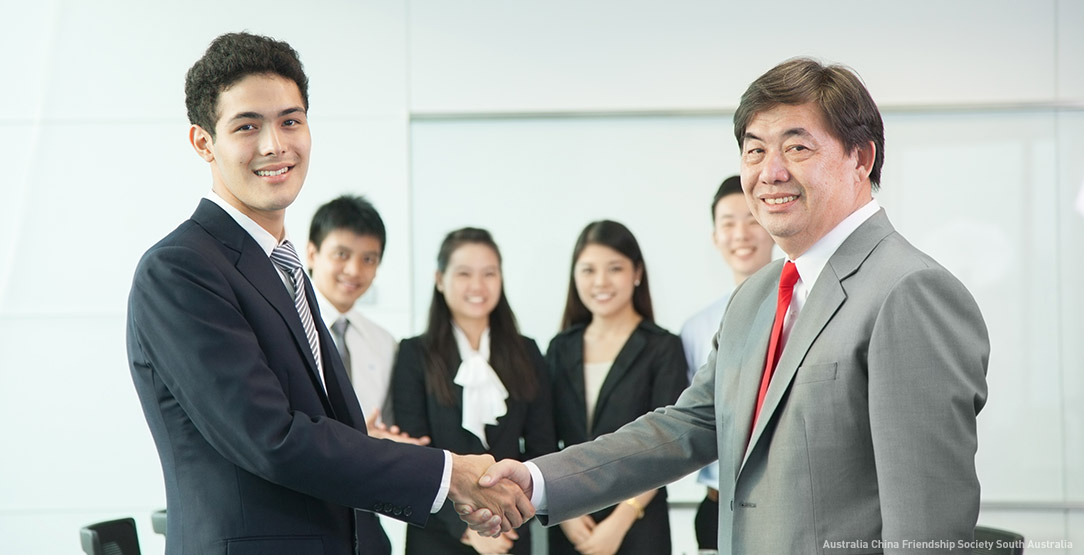 The ACFS has a strong relationship with the Embassy and the Consulates of the Peoples Republic of China. 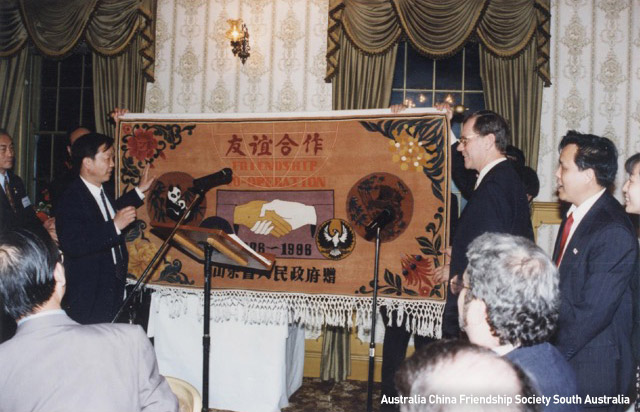 At the invitation of the Chinese Peoples Association for Friendship with Foreign Countries (CPAFFC) and ACFS leads a ‘Prominent Persons’ Delegations to China with a view to establishing longer term relationships in education and business. Over the years South Australia has been represented by a Mayor, a member of the Legislative Council and University Professors. As a consequence many exchanges and joint ventures have been initiated.

The Prominent Persons Delegations are taken very seriously by our Chinese counterparts and inevitably visits are arranged with city leaders and dignitaries. A delegation in 2004  attended a banquet in the Great Hall of the People in Beijing to celebrate the 30th Anniversary of the establishment of diplomatic relations between Australia and China.

The University of South Australia has taken a leading role in establishing research and student involvement with China.

The ACFS has been instrumental in providing opportunities for education contact between schools in SA and Shandong Province. Four study tours have been organised by the ACFS involving over one hundred students and teachers from more than a dozen SA schools and colleges with resulting sister school relationships being established. The Society is also proud to have been a foundation member of the federation of Chinese organisation of South Australia (FOCOSA). Members of the Chinese Community in South Australia have warmly welcomed the ACFS as a fully participating member of the Chinese organisation in South Australia.

In 1985 a special delegation of the South Australian branch was invited to Shandong Province which led to the process for SA and Shandong becoming ‘sister states’.The delegation returned with a formal message to be delivered to the Premier Mr John Bannon, that the Provincial Government of Shandong was very interested in forming a special relationship with South Australia. Following a visit to China by the Head of the Premiers Department, Mr Bruce Guerin, this relationship was formally established in 1986. The ACFS was proud to play such a formative role in the process. The ACFS continues to play a key role in non-governmental diplomacy between Australia and China.