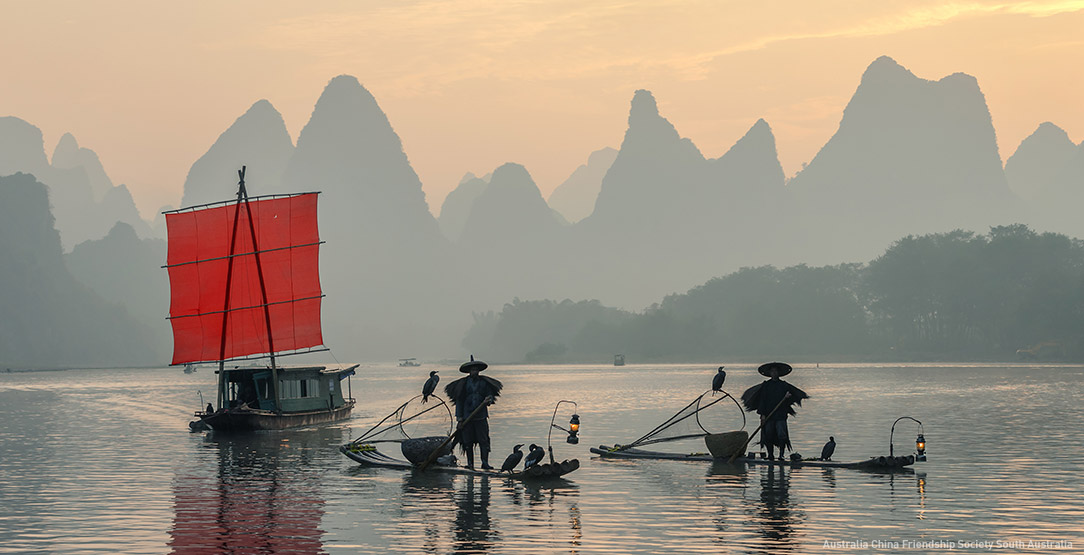 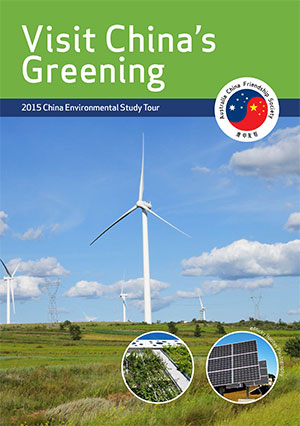 On 13 September 2015, 15 Australian ACFS members arrived into Shanghai for a 10-day tour of China’s renewable energy, eco-wetlands and water treatment facilities. The tour was led by Dr Ross Gwyther, a research geophysicist scientist with extensive experience in the environment movement.  Tour members came from all over Australia including Melbourne, Sydney, Western Australia, Tasmania and Queensland, bringing with them equally diverse skill sets, professional knowledge and experience that cut across private, government and non-profit organisations. 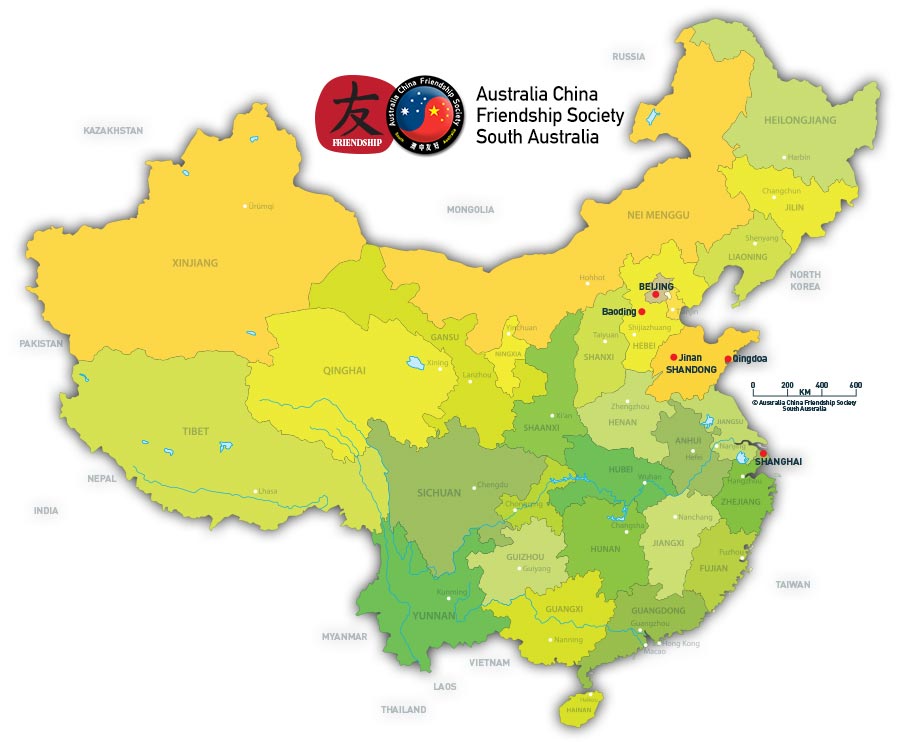 The Shanghai-part of the tour started with a visit to Ching Xi Suburban Park in Qingpu district with plans to be transformed into an eco-friendly weekend retreat just a stone’s throw from the bustling Shanghai metropolis. The scenic park offers bird-watching and fishing activities and is due for full completion by 2016. The tour also included opportunities to mingle with the Chinese officials from the local Environment Management Bureau which is pitching the eco-park to resort developers and business investors. They also expressed that any relocation plans will be carried out in cooperation with local residents. In the evening, dinner was hosted by the Shanghai People’s Association for Friendship with Foreign Countries management featuring various Chinese delicacies including Mongolian lamb cutlets and smoked Chinese ham.

The second day of the tour included a visit to an electric car vehicle manufacturing plant that is affiliated to the state-owned SAIC. The tour gained rare access to a tour of the car factory plant and met with its manager of planning and new energy development, Mr Zhang, who discussed the company’s electric car manufacturing and future plans. The ACFS delegation then left for the Changning Low Carbon Energy Efficient Monitoring Platform which monitors Shanghai multiplexes’ carbon emissions compliance against agreed targets, with the aim being to move towards low or zero carbon buildings. So far the project is fast gaining support from several Shanghai multiplexes which are offered cash incentives and loan facilities by the local government.

On the third morning, the tour group set off early for a 90-minute drive to Chongming Island to visit the Dongtan wetlands. The wetlands is RAMSAR-certified and has recorded over 200 bird species that hail from as far as Russia to Australia. Since it started in 1998, the Dongtan team has also shared information with other countries for better bird conservation efforts on the migratory bird species that stopped into Dongtan wetlands during their annual pilgrimages. Its conservation efforts are evidenced by a good display of the many bird species in the Chongming Island’s in-house museum. 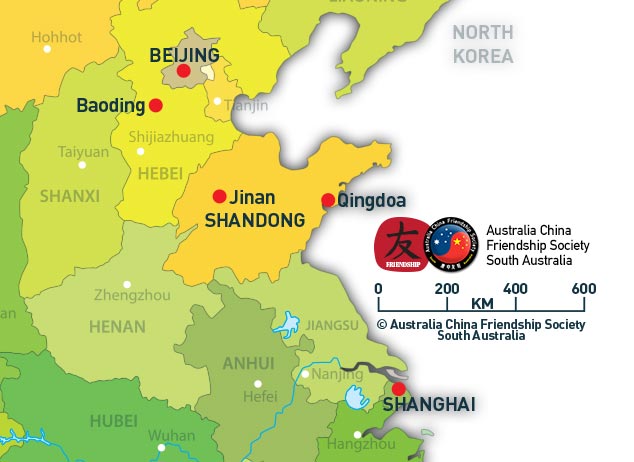 The ACFS tour group took a five-hour bullet train from Shanghai to Beijing before it finally arrived in Baoding by coach. The ACFS delegation was introduced to the president of the Hebei University and his staff members from the international exchange and renewable energy departments. There were broad discussions that touched on establishing greater student exchange programmes, to current research efforts into renewable energy and pollution controls. Later, the Hebei University spared no efforts in further welcoming the ACFS delegation with a sumptuous dinner featuring unique Hebei dishes.

The following morning, the tour visited the Baoding High-Tech Industry Development Zone, including a visit to the Delong sewage treatment group and Encanwell, an air quality monitoring centre. The Baoding high tech industry development zone features more than 160 energy firms, including wind, solar and power technologies. Lunch was hosted by the Baoding City and Hebei People’s Association for Friendship with Foreign Countries management who expressed its desire to establish greater friendships between China and Australia. The tour group was also treated to red wine brewed specially in the Hebei province which was a result of a collaboration between South Australia and Hebei.

After lunch, the ACFS delegation visited Yingli Solar Group and its in-house museum of solar products and technology. Yingli is one of the largest solar power producers in China, with 4 Gw of solar energy production per year. The Yingli Solar Group premises featured a full solar-powered indoor park with water-fall features and live swans and budgies living amongst its flora and fauna. The park is opened to the public and hosts business functions in its restaurants and meeting rooms.

The third part of the tour included five days in Beijing. The first day was a visit to Hanergy Group, a private company which specialises in wafer-thin solar technology, which has an efficiency twice that of traditional silicon-based solar cells. The ACFS members toured its Clean Energy Exhibition Centre that showcased various conceptual uses of its light-weight, solar film, and shared its vision for a cleaner use of energy through joint research and development projects with its American, German and French partners.

The second day in Beijing was a visit with the administrative committee of the 798 Modern Art Zone. The ACFS entourage was treated to a specially-curated tour of David Diao, a Chinese-born American artist based in New York. The gallery tour was commended by the ACFS members who thoroughly enjoyed the retrospective commentary of the artist’s creative journey. The art zone has attracted over 800,000 visitors a year since it started in 1995, featuring more than 170 art galleries from over 25 countries on its premises.

Beijing’s third day included a visit to the Qinghe sewage treatment plant and a discussion with the deputy general manager of Beijing Drainage Group. The state-owned firm is responsible for treating the water in the Beijing municipality. Due to a current water shortage imposed by a growing population in Beijing, the group outlined its focus to conserve its water supplies through greater recycling of waste water; it is treating Beijing’s sewage water to global benchmarks before the water is re-used in industrial plants and the sludge is recycled as fertiliser.

On the final day of the tour, the Beijing People’s Association for Friendship with Foreign Countries (BPAFFC) organised a seminar featuring Mr Wang Zhongying, deputy director, Energy Research Institute, Professor John Moore, chief scientist, GCESS, Beijing Normal University and Ms Wang Junling, deputy director, Beijing Municipal Research Institute of Environmental Protection. The seminar included a lively discussion on the effects of climate change on Nordic ice sheets, and Beijing’s plans by 2030 to establish a stable power source of renewable energy through power regulation, technological demand and innovation. The tour ended with an elaborate lunch hosted by the BPAFFC management with a few dishes featuring medicinal properties, piquing some interest in the food from the tour members.

Overall, the ACFS environmental study tour was rated positively by its participants who enjoyed the intellectual discussions that were complemented by site visits to the plants and developments. Some of the popular highlights include the special access arranged by ACFS to Chinese governmental officers and private entrepreneurs who are actively pursuing opportunities to transform the Chinese renewable energy and resources sector.  More importantly, the best compliment came from a participant who said that it has enhanced her understanding of China, her culture and people, an attribute that the ACFS hopes to repeat in future specialist tours.